The Palms Casino & Resort is most famous for having the most expensive hotel room in Las Vegas, though they also have a popular buffet – the A.Y.C.E Buffet.

The buffet at Palms will take you on a culinary trip around the world, give you excellent service from their award-winning team, and ensure you leave well-fed.

AYCE stands for all you can eat, which is why the A.Y.C.E Buffet at the Palms Casino and Resort chose the abbreviation. However, the name of the buffet is actually pronounced “Ace.”

Prior to being closed for the entirety of the COVID-19 pandemic, the Palms Casino & Resort had the well-loved Palms Bistro Buffet. Under the re-opening, it has been transformed into the A.Y.C.E Buffet with a new menu, concept, and design.

In this post-pandemic world, many Las Vegas buffets only offer brunch, though at Palms, they offer breakfast, brunch, and dinner. The new A.Y.C.E Buffet features an open food hall setting, seven unique food stations, fantastic weekly specials, and an award-winning team to make it all happen.

They may be one of the last buffets in Las Vegas to open, but it sure has been worth the wait, especially if you like to eat lobster, crab legs, or prime rib!

The A.Y.C.E Buffet organizes its offerings into seven unique food stations. These are grouped mostly by how the dishes are prepared rather than the type of cuisine. The names of these stations are World Pan, Revival, The Greenery, The Roastery, The Hearth, Smoke & Fire, and Sweet & Light.

World Pan is the international stove top prepared dishes, Revival is the place for healthy options, and The Greenery is the salad bar during lunch and dinner, though you’ll find traditional breakfast offerings in the mornings.

The Roastery has the roasted meats and vegetables, and The Hearth has oven-baked culinary delights, while the Smoke & Fire section is the carving station and the Sweet & Light station is the extensive dessert section. The Smoke & Fire station, by far, offers one of the best carving stations on the Las Vegas Strip because they don’t just feature meats. Grilled vegetables and fruits are offered, too!

During breakfast, there are a few lunch-centered selections like pizza, soups, pasta salad, and vegetable dishes. You’ll also find things like pastries at the Sweet & Light station during breakfast.

At the dinner buffet, you can expect entrees such as made-to-order pasta, pepper chicken wings, vegan stuffed peppers, roast beef, Singapore noodles, General Tso chicken, Mongolian beef, sushi, Jamaican jerk chicken, and duck cassoulet. Many of these can be found at the World Pan station.

The weekly specials include all-you-can-eat lobster on Wednesday nights, unlimited crab legs on Thursday nights, a prime rib dinner on Friday nights, and the Champagne Weekend Brunch on Saturdays and Sundays.

Lobster nights tend to be a crowd favorite. On Lobster Night, you’ll enjoy both lobster tails and whole lobsters. How often do you get to eat lobster until you can’t eat anymore? Don’t worry. Clarified butter is not in short supply.

For crab-fest nights, you’ll find mountains of snow crab legs. If snow crab isn’t your thing, there is plenty of other delicious seafood that is almost always on the menu, like the New England clam boil, garlic butter prawns, walnut shrimp, and shrimp cocktail.

The prime rib night on Friday evenings gets a lot of attention because it not only has snow crab & prime rib but all of your other favorites, too!

The Saturday and Sunday Brunch comes with unlimited champagne. Other highlights of the weekend brunch include breakfast pizza, breakfast stromboli, eggs with polenta, eggs benedict, and a brisket scramble.

On the dessert front, which is found at the Sweet & Light station, you’ll find a decent selection of sugary finishes after dinner. It has options like carrot cake, bread pudding with caramel sauce, creme brulee, peach cobbler, and gelato with yummy toppings!

The A.Y.C.E Buffet starts at $24.99 and ranges all the way up to $64.99 per person. On the lower end of the spectrum is breakfast, while the lobster on Wednesday nights has the most expensive pricing.

Children are welcome at the A.Y.C.E Buffet and receive discounted pricing. Children are considered those ages 3-11 and, on average, are priced $10-$12 lower than adults. Kids under three years of age eat free.

The general hours of the A.Y.C.E Buffet are from 8 a.m. to 11 p.m. Monday through Friday for breakfast and from 9 a.m. to 4 p.m. on Saturdays and Sundays for weekend brunch. Dinner service from Sunday to Tuesday is offered from 5 p.m. until 9 p.m.

The A.Y.C.E Buffet can be found within the Palms Casino & Resort at 4321 W Flamingo Road, Las Vegas, NV 89103, which is close enough to the Las Vegas Strip to be considered located right on it.

The A.Y.C.E Buffet doesn’t necessarily have a posted dress code, though you probably shouldn’t arrive in swimwear or pajamas. It is a bit too nice for that.

During specials like the Snow Crab & Prime Rib Dinner on Friday evenings or lobster nights on Wednesday, you should go with more of a smart casual look. For breakfast, lunch, or Saturday and Sunday brunch, casual will work just fine.

How much is the buffet at the Palms Las Vegas?

The A.Y.C.E Buffet at the Palms Las Vegas starts at $24.99 for breakfast and goes up to $64.99 per person, depending on the time of day and the day of the week.

Who owns the Palms Casino?

The Palms Casino is owned by the San Manuel Band of Mission Indians.

Compared to many other buffets, the buffet at Palms Resort & Casino offers a higher-end experience with gourmet selections. They also serve one of the most diverse menus for breakfast and dinner alike.

Here you can truly take a culinary trip around the world and leave well-fed. Other options may be cheaper or bigger, though the A.Y.C.E Buffet has truly secured its own spot.

Whether you go for breakfast, brunch, dinner, or for one of their specials, if you are willing to spend a bit more than alternative buffets, the A.Y.C.E Buffet is worth the round trip. 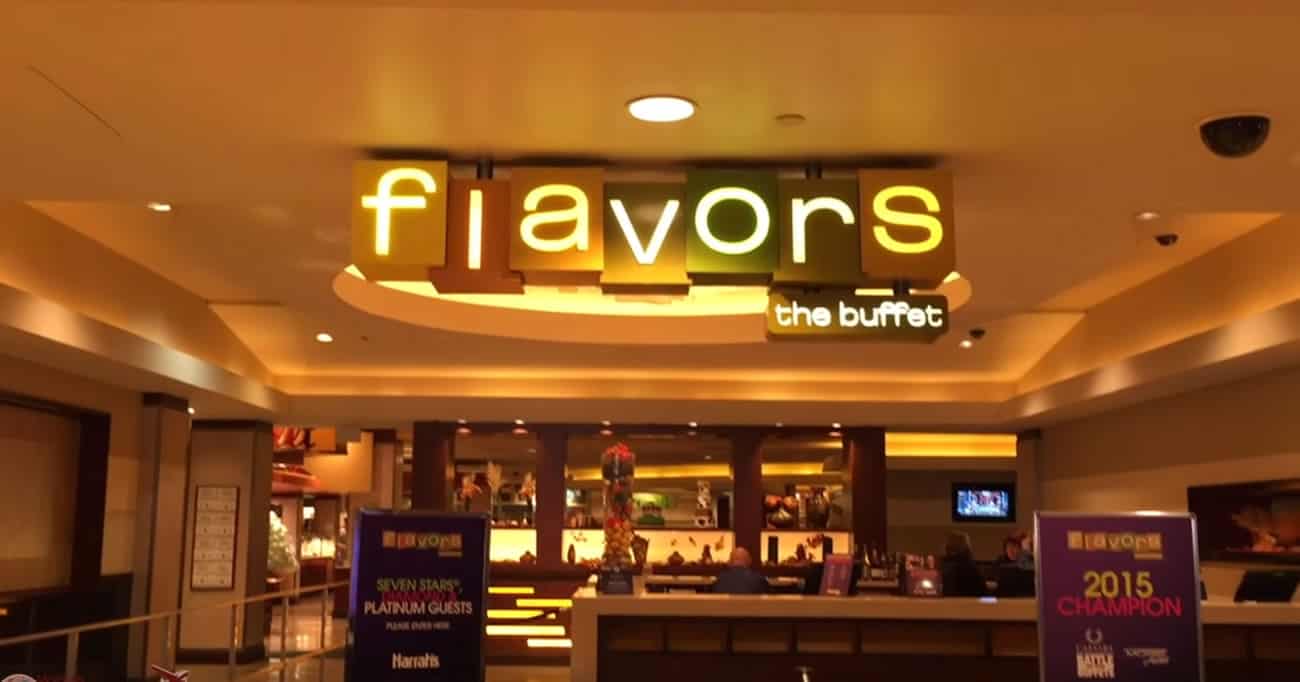 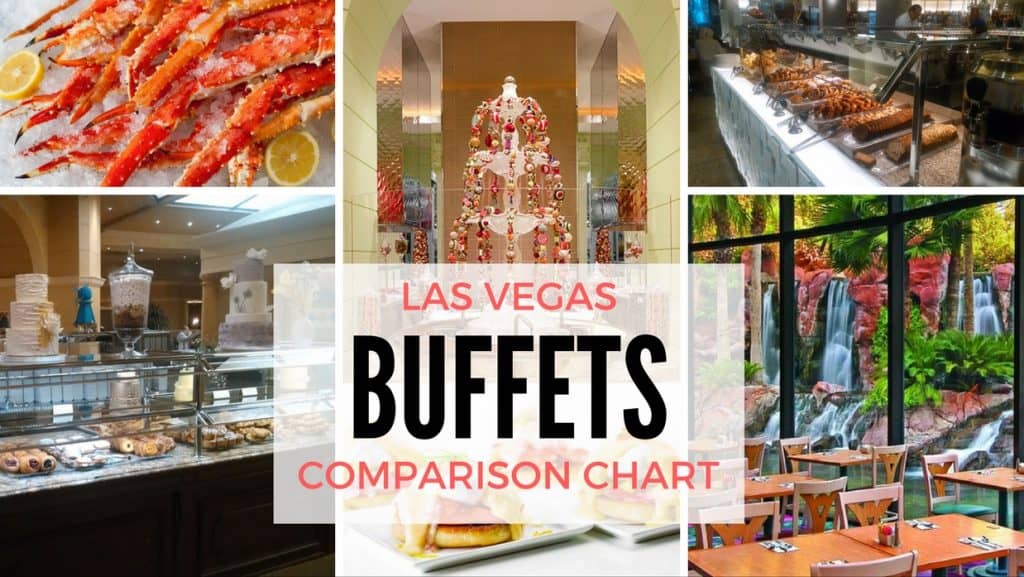 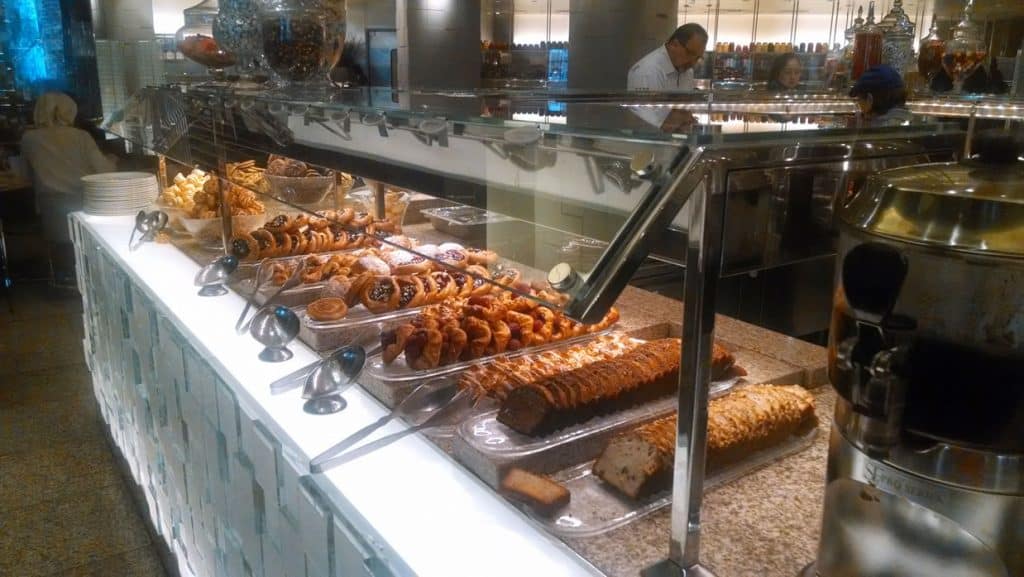 All Buffets Open in Las Vegas