There is a long list of things to do in Las Vegas. Many people think that it is a city only for adults, but there are actually quite a few attractions that the whole family will love. One attraction for both children and adults is Area15, an immersive entertainment facility. It has several interactive experiences, including Wink World.

Wink World is a sonically dynamic exhibit created by Chris Wink, the Chief Creative Officer and one of the co-founders of Blue Man Group. Chris Wink drew his inspiration from his experience with Blue Man Group and well-honed skills as an innovative designer, music composer, and creator of high-impact multimedia entertainment. To him, the immersive exhibit celebrates life’s infinite possibilities. We think Chris Wink captured the purpose beautifully.

Let’s take a look at what you can expect from Wink World in Area15 and everything you need to know before you go.

Wink World: Portals Into The Infinite is described as a psychedelic art horse that meets carnival funhouse. It contains six infinity mirror rooms that are each their own unique exhibit. As guests take the journey through each infinity mirror room, they discover a distinct combination of motion, color, light, and sound that will change perspectives, tease your brain, and is sure to fascinate.

Before the first infinity mirror room is the Aliume Gallery, which features the talent of artist Alex Aliume. Wink wanted a gallery-like setting to get guests into the mindset with distinctive art. It is a collection of 15 pieces of 3D blacklight pieces surrounding the concept of infinity.

Before entering, guests receive their purchased Chromadepth 3D glasses, which take the art to a new level as it makes the colors visually float in separate planes. Alex Aliume’s artworks are also featured in the sixth infinity mirror room, in the gift shop, and the exterior facade of Wink World.

The Wink World logo was also created by Aliume to represent the visualization Chris Wink had for the representation of Wink. He requested one eye open to look outwardly at the world and one eye closed to look inward to the imagination as a symbolism to a hybrid world that is part reality and part imaginary, just like Wink World.

For the music, Wink collaborated with producer, instrumentalist, and composer, Chris Dyas from the Blue Man Group for three of the tracks. Other talented musicians and composers helped out with all six tracks, including Lucy Weld, Nash Myer, Sarah Charness, J. Stone, a vocal beatbox artist and throat singer, and Keren Tayar. Even Alex Aliume helped out with the music as well, as a Jaw Harp player.

After looking at the artistic contributions of Wink World in each of the six infinity mirror rooms, liven up your vibrance in the Wink World Store. Get glow things like neon wigs, fluorescent t-shirts, blacklight posters, and copies of the stunning psychedelic artworks.

It is important to note that there are some restrictions for Wink World. Since the unique exhibit has strobe light effects, guests with sensitivities to strobing and flashing lights should not participate.

Additionally, the six infinity mirror rooms are each timed so that the entire experience takes 15 minutes.

The pricing for Wink World is divided into Adults, Children, and Late Nite. Late Nite is considered after 10 p.m. when Area 15 turns into an age 21 and over entertainment venue.

Adults during the day cost around $20, with children 12 and under receiving about a $9 discount. When Wink World turns Late Night, tickets for adults 21 and up are about $25.

The special 3D Chromadepth glasses which make the art come to life are a small additional fee, but in our opinion, definitely worth it.

Tickets must be purchased to enter the experience. They are divided into 15 minute time frames. Once you have obtained your ticket, you’ll report to the attraction’s entrance at the time you have selected. The tickets do not guarantee immediate entry but rather are designated times to keep the line wait shorter.

Wink World is located at Area 15, which is only about two miles west of the Las Vegas Strip. Once you have arrived at Area 15, you can find Wink World on the second floor in between Museum Fiasco and Five Iron Golf.

Other Activities at Area15

After exploring the sonically dynamic exhibit created by Chris Wink that celebrates life’s infinite possibilities, there are a lot of other things to discover at Area 15. Find libations under a digital forest at Oddwood, fly over cities with Birdly, distort reality with one of the several VR or AR experiences, or glide above the Spine of Area 15 on Haley’s Comet. There is no shortage of oddities and innovation to discover while you’re at Area 15. 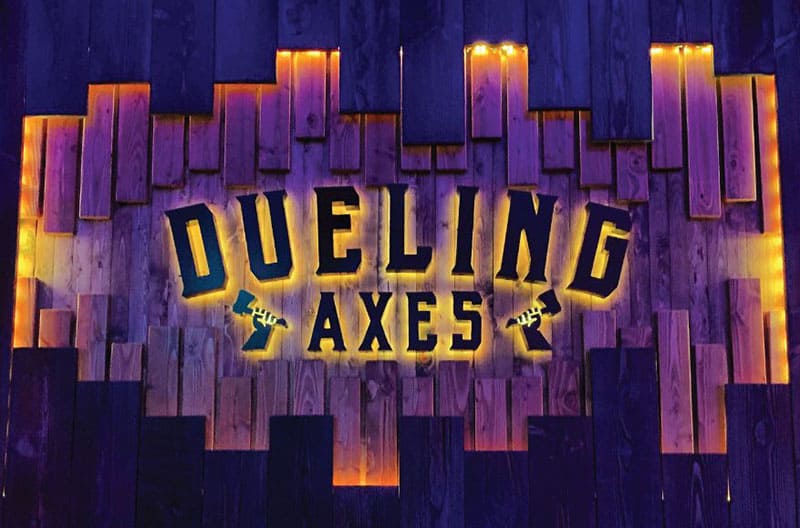 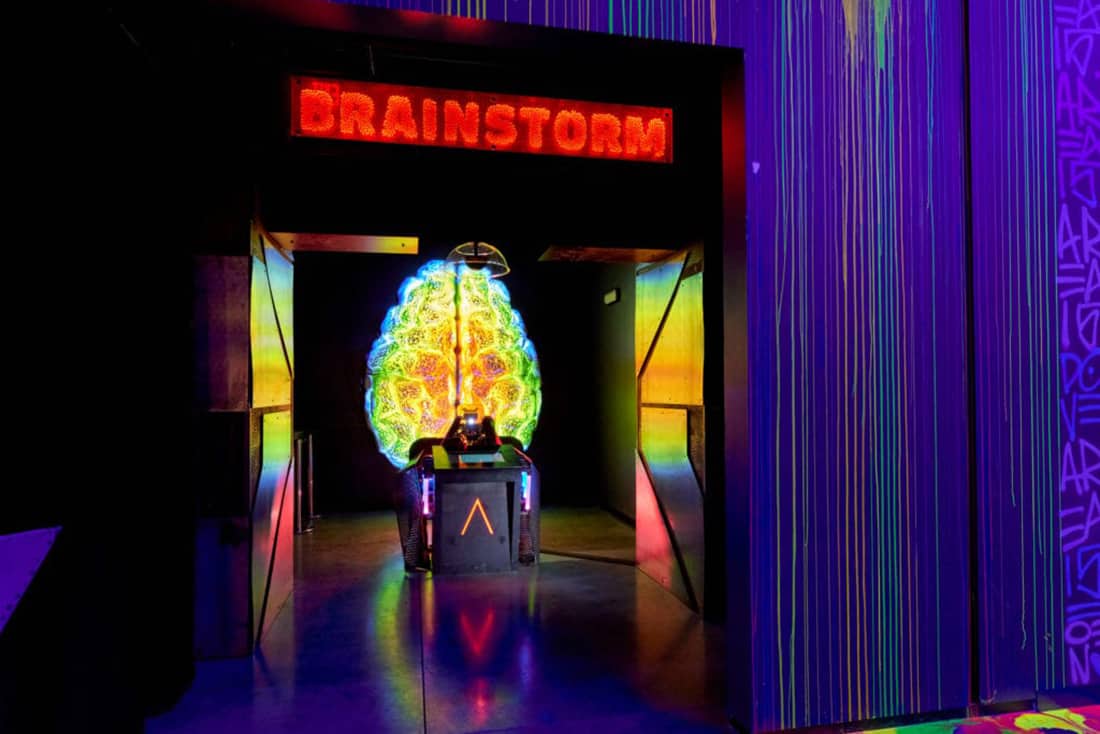 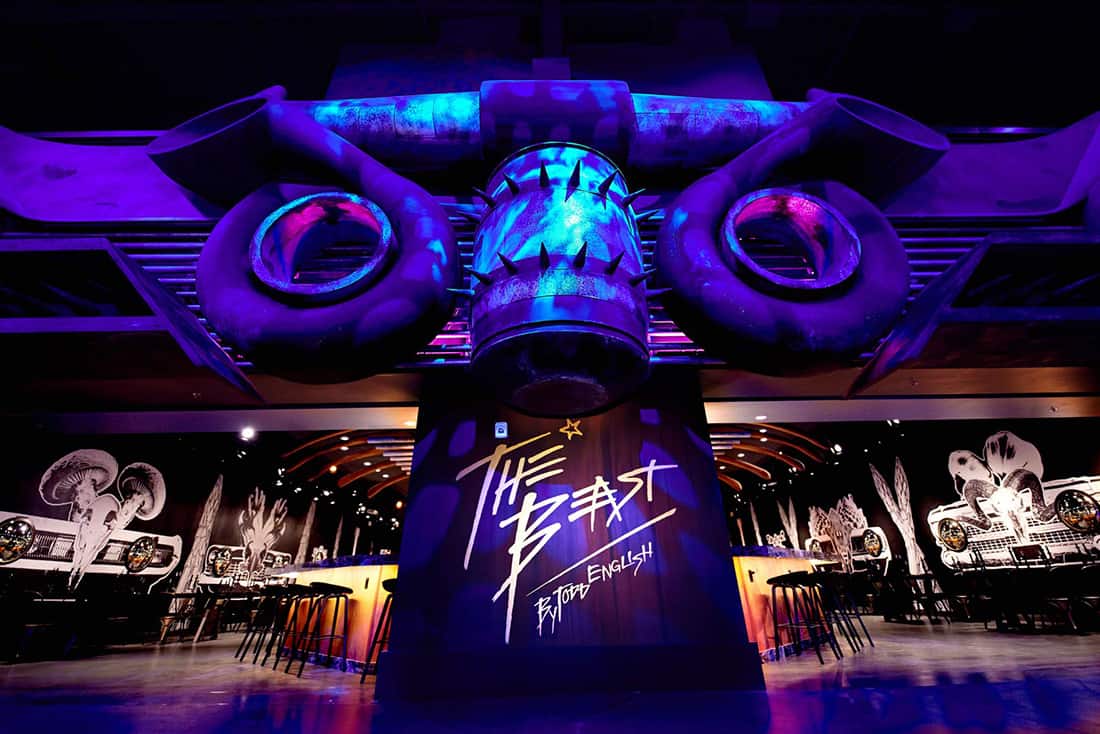 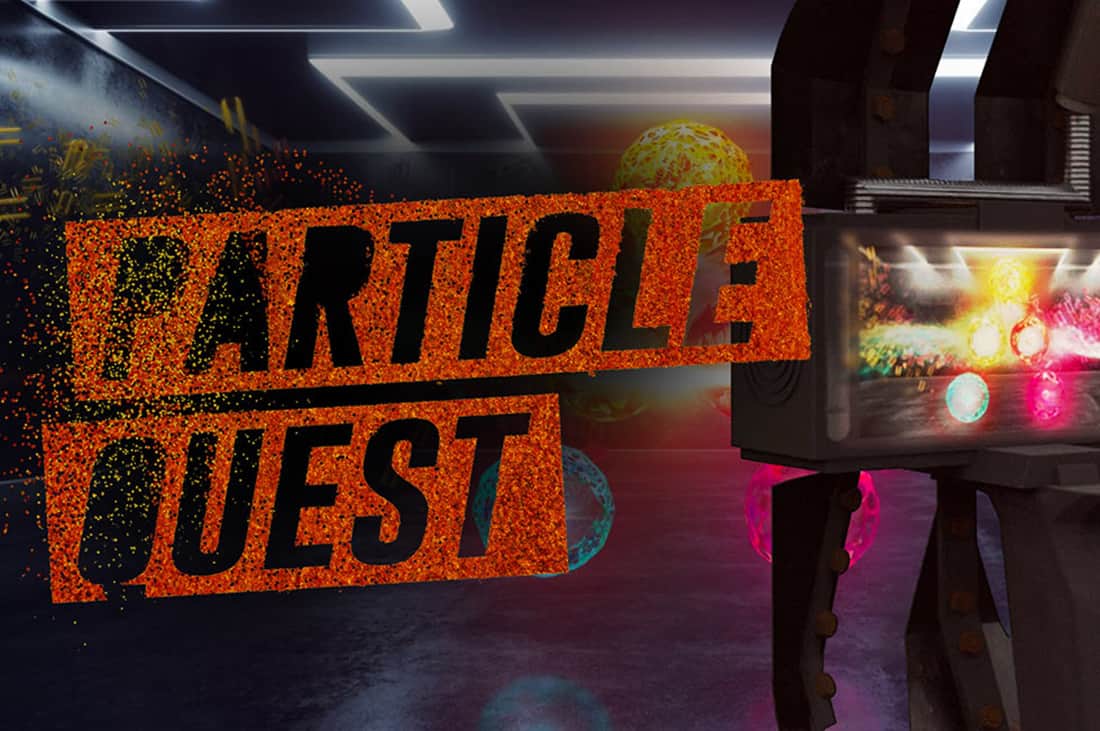 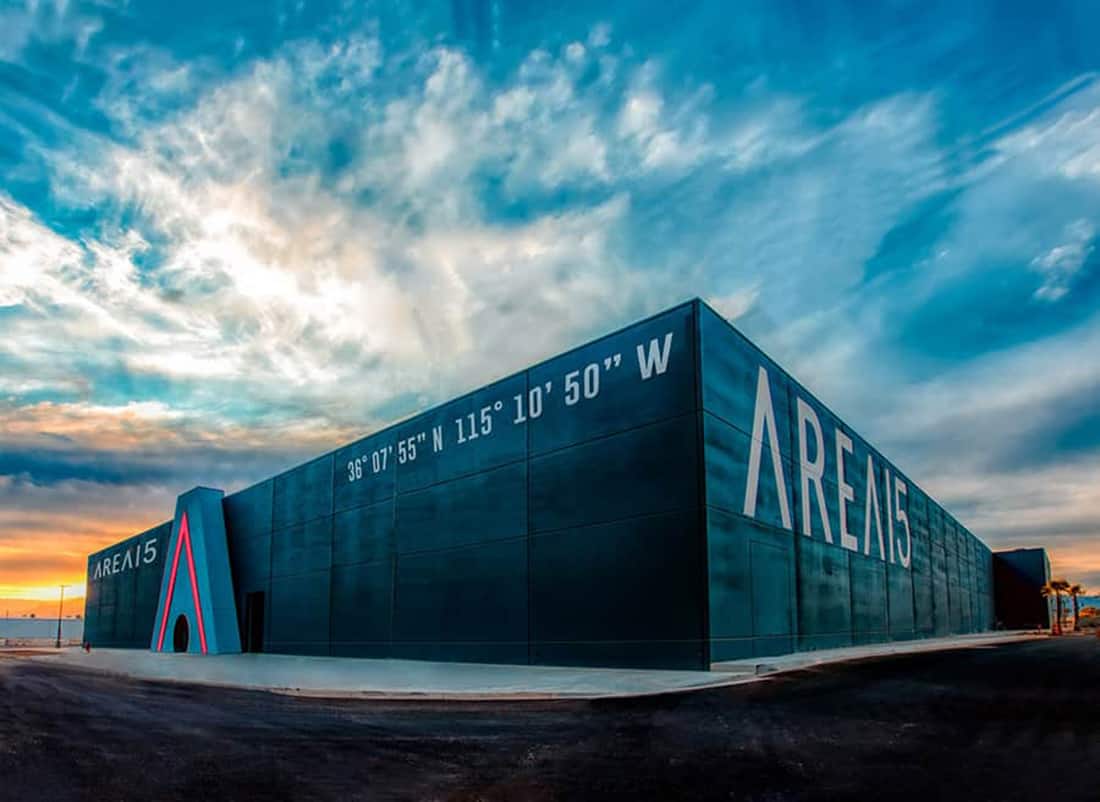 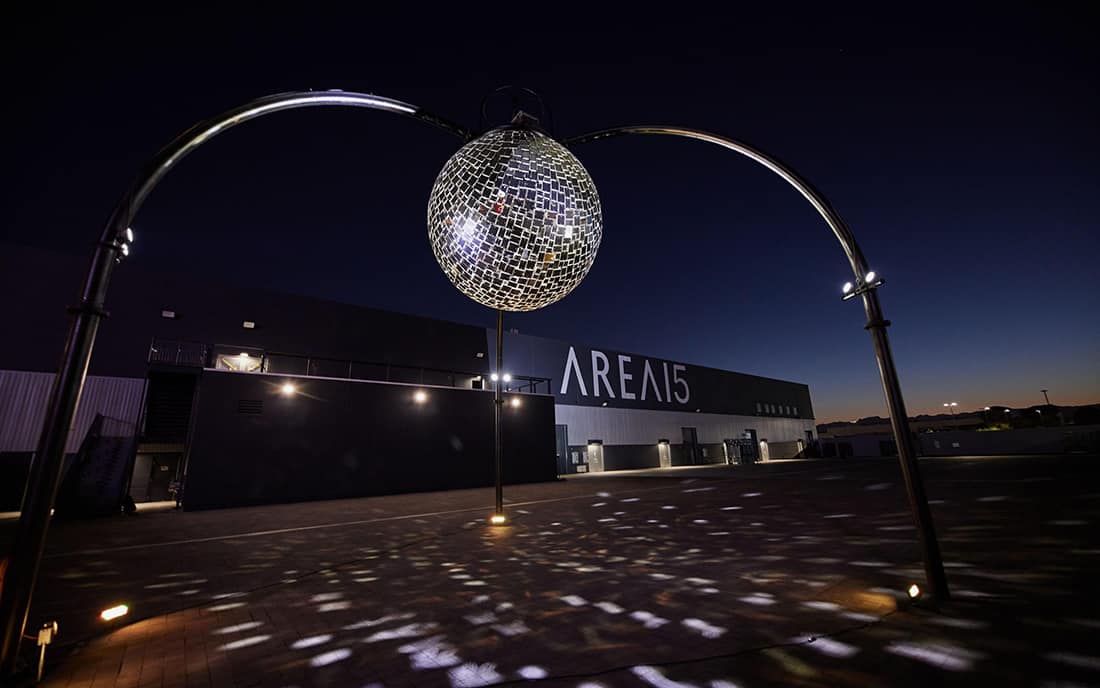 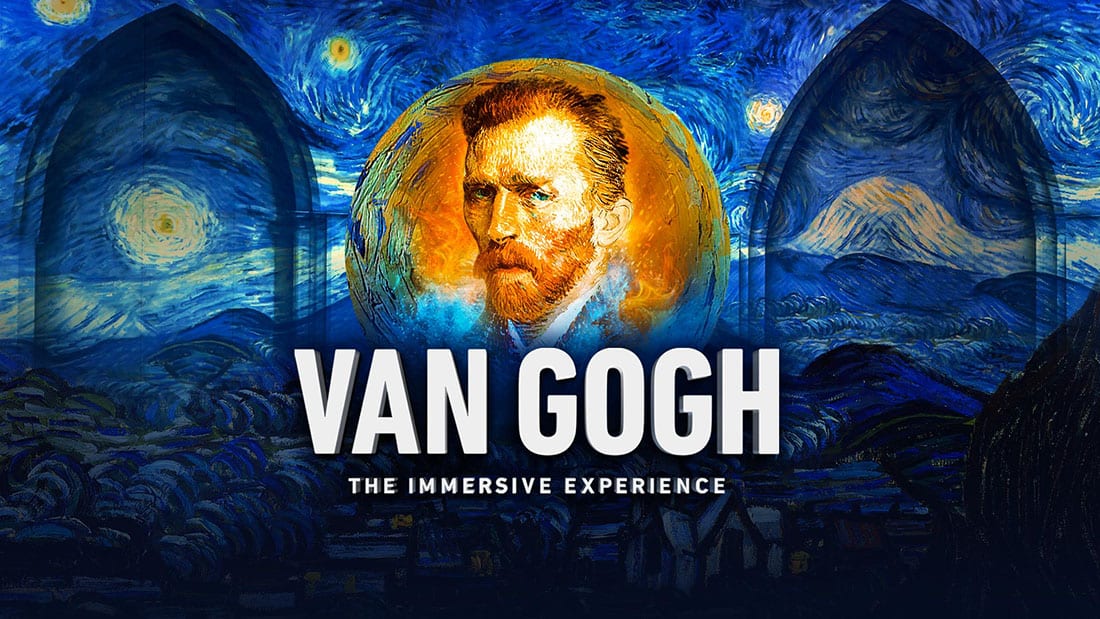 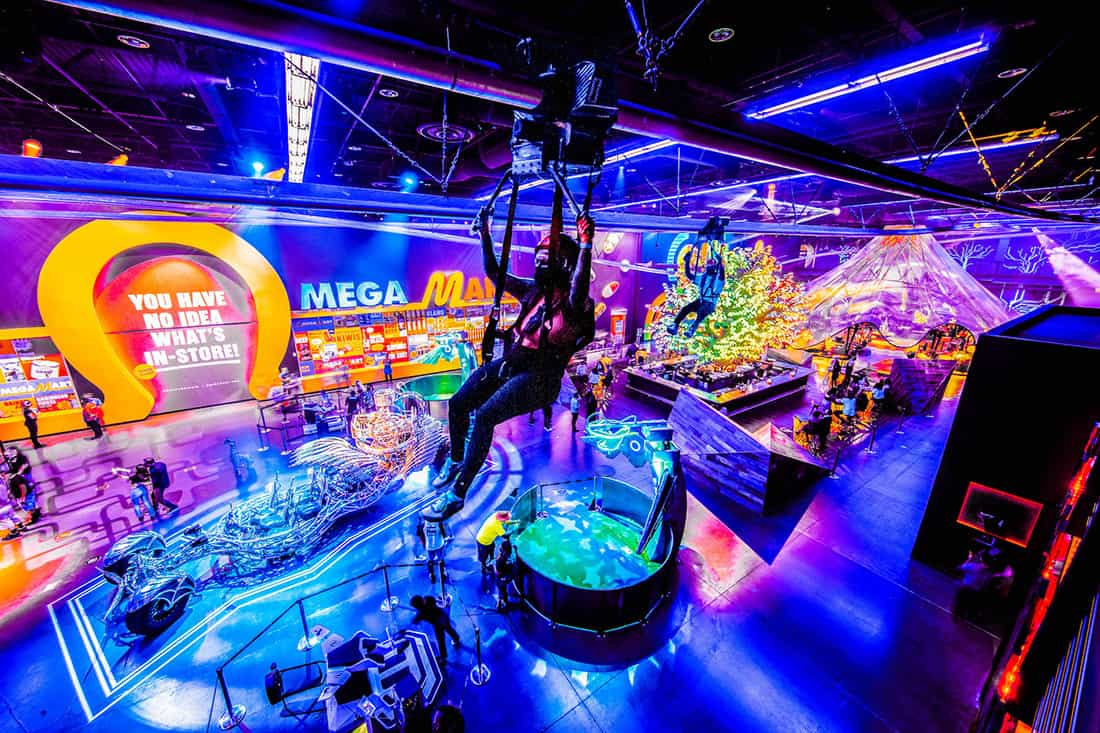 Discover Portals Into the Infinite in Las Vegas

Chris Wink, the Chief Creative Officer of Blue Man Group, his musical collaborators, and his helping hands, including  Kat Evans the graphic design fairy, Sasha Kulin on costumes, Brenda Backus the aesthetic, stylish and infinity mirror muse, Aiden Kemp the programming wizard, and Marty Magaan the motor and tech magician, have created a dream-like reality that explores the idea of the infinite.

As guests journey through the Wink World portals, they experience high-impact multimedia entertainment which is an experience that won’t be forgotten. This psychedelic art house and carnival funhouse combination are not to be missed on your next trip to Las Vegas.