A Michelin star is considered one of the most prestigious acknowledgments in the culinary world. It comes as no surprise that Las Vegas is home to more than a handful of restaurants and chefs worthy of this designation. Looking to try the best of the best? Here are the Michelin star restaurants in Vegas you don’t want to miss.

Almost everyone recognizes Michelin as a tire company, but how did they become so respected in the culinary world, and what does a Michelin star rating really mean? Here are the answers to your curiosities about this prestigious hospitality award.

Why Did a Tire Company Start This?

Michelin is a world-famous tire company with there headquarters located in Clermont-Ferrand, France. While automobiles are a staple of modern life, this wasn’t always the case.

Right around the turn of the twentieth century, the Michelin company’s founding brothers were looking for a way to increase automobile use and ownership to boost their growing company.

What better way to get people to travel by automobile than to give them an incentive to explore the emerging French culinary culture, than provide them with a guide that included maps to restaurants, hotels, gas stations, and local mechanics along the area’s most popular routes.

The guide was initially free, but it became so popular that it grew, and the format was eventually changed to what we know it as today.

What Does a Michelin Star Mean?

According to Michelin, this is what their stars mean:

Michelin last produced a guide to Las Vegas restaurants in 2008-2009. Unfortunately, it sold so poorly that they decided not to publish any additional guides to Las Vegas since then. That said, many of the Las Vegas restaurants that were awarded stars during that year are still in operation and still as worthy as their Michelin status as they were when it was awarded.

Located in the MGM Grand Hotel, Joel Robuchon has elevated French cuisine to an art form worthy of 3 Michelin stars. The atmosphere is elegant, with an art deco townhouse and a beautiful garden terrace surrounded by lush greenery. Joel Robuchon offers its guests the highest level of fine dining from an internationally renowned chef.

Michelin isn’t the only one that has graced Joel Robuchon with accolades. They’re also the winner of Forbes Five Star, AAA Five Diamond, and Wine Spectator’s Grand Award.

Executive Chef Julian Serrano brought his French-Mediterranean cooking to Picasso in the Bellagio Hotel in Las Vegas in 1998. The Michelin two-star fine French restaurant has won the AAA Five Diamond Award each year since 2002.

Then there’s the small matter of the food, which is excellent and deserving of two Michelin stars. Spain and France inspire the culinary creations, and there’s an incredible wine cellar for the true wine enthusiast.

Does one ever question Michelin’s judgment? Some say that Restaurant Guy Savoy, a Michelin 2-star restaurant located in Caesars Palace is worthy of 3 stars, comparing the quality and atmosphere to the likes of famous chef Joel Robuchon. They feature a private dining room for parties of 15 people or more.

Aureole, located in Hotel, is a culinary paradise for wine lovers from Chef Charlie Palmer. The restaurant’s wine cellar is an amazing four-story, climate-controlled vino heaven. The fine dining menu includes dishes created to complement the wine selections perfectly. And, their 6-course tasting menu is not to be missed.

In addition to their Michelin star, Aureole has also earned prestigious awards and acknowledgments from Wine Spectator, Wine Enthusiast, and James Beard.

The atmosphere of Le Cirque in the Bellagio hotel is just as rich and intoxicating as the irresistible French cuisine. Indulge in the 8-course signature tasting menu that includes quintessential French classics such as sauteed foie gras and citrus glazed veal cheek.

Enjoy an expansive wine selection at Le Cirque as you dine in the Michelin star restaurant that has also been awarded the AAA Five Diamond Award and the Forbes Travel Guide 5-Star Rating.

The freshness of the seafood at Michael Mina, a one Michelin star restaurant, is unparalleled. With fresh seafood being flown in daily, guests can expect to be impressed and tantalized by the flavor and stand-out tableside presentation. Michael Mina is know for traditional royal caviar service and his caviar parfait.

Michael Mina is located in the iconic Bellagio Hotel and has also been awarded the AAA Five Diamond Award.

Wing Lei has the prestigious designation of being the first North American Chinese restaurant to earn a Michelin star. Located in the Wynn Las Vegas, Wing Lei offers a decadent culinary experience from talented chefs. Wing Lei is considered a gold standard trendsetter in Vegas, paving the way for other Cantonese-style restaurants in the area.

DJT, located in the Trump International Hotel in Las Vegas, the only restaurant not on the Strip is an American-style steakhouse focusing on seasonal and regional cuisine. Here you can enjoy American classics, including the tenderest of steaks, that have been deemed worthy of a Michelin star. Don’t forget to check out the inventive, craft cocktail menu while you’re there.

Another Joel Robuchon establishment to be worthy of Michelin star status is L’Atelier de Joel Robuchon. Here, you’ll find a restaurant that is a little warmer and inviting in the MGM Grand. Each meal is prepared before your eyes and offers a true one of a kind Las Vegas culinary experience.

Dishes at L’Atelier de Joel Robuchon are still infused with classic French flavors but presented in a more engaging and relaxing atmosphere.

What’s the next best thing to dining in a Michelin star restaurant? How about enjoying a meal in a restaurant owned by prestigious Michelin starred chefs?

Located in the Waldorf Astoria on Las Vegas Blvd, Twist is the only fine dining restaurant owned by award winning Chef Pierre Gagnaire that’s located in the United States. Enjoy the fresh take on French cuisine with the light, flavorful, and intoxicating menu at Twist. Twist is the perfect spot for enjoying a tasting menu and wine with friends.

Hell’s Kitchen, located in the Caesars Palace, is highly recognizable due to Chef Gordon Ramsay’s reality-based television show by the same name. Gordon Ramsay has a total of 7 Michelin stars to his name, making all of his restaurants known as culinary hotspots.

Momofuku is located in the Cosmopolitan Las Vegas, featuring a fusion of cuisine from Korea, Japan, and the United States. The menu is continually evolving, but at the hands of Michelin star Chef David Chang, you can count on a one of a kind, incredible culinary experience in this Japanese and Asian restaurant.

Acclaimed 2-star Michelin Chef Jose Andres has several restaurants in Las Vegas, all equally worthy of a spot on your dining itinerary. Look for Bazaar Meat by Jose Andres, e by Jose Andres, and Jaleo – a bright, contemporary Spanish cuisine restaurant that embodies the energy and boldness of Las Vegas.

Yes, Las Vegas is home to Michelin star restaurants, including the ones listed above. Unfortunately, Michelin has produced a guide specifically for Las Vegas since 2008-2009, so no new Michelin stars have been award to Las Vegas restaurants in over a decade.

What does a Michelin star mean for a restaurant?

A Michelin star is a symbol of culinary excellence. Michelin awards a star rating to restaurants that rise above and exceed the standards of what is considered good restaurant food. Even a one-star Michelin rating is enough to cause a stir in the culinary world and boost a restaurant’s reputation and sometimes create a cult following.

With so many amazing places to eat in Las Vegas, how do you choose? Michelin has done some of the legwork for you by awarding the best of the best with their Michelin stars. There might not be a current Michelin guide to Las Vegas but you won’t be disappointed when you enjoy a meal at any of the Michelin star award winners on this list. 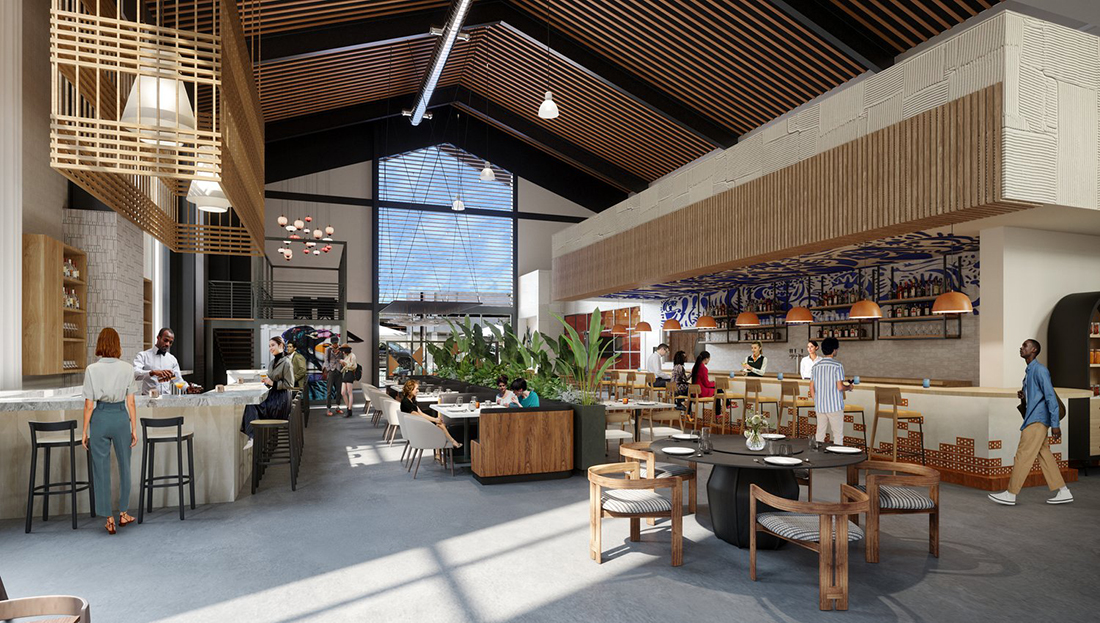 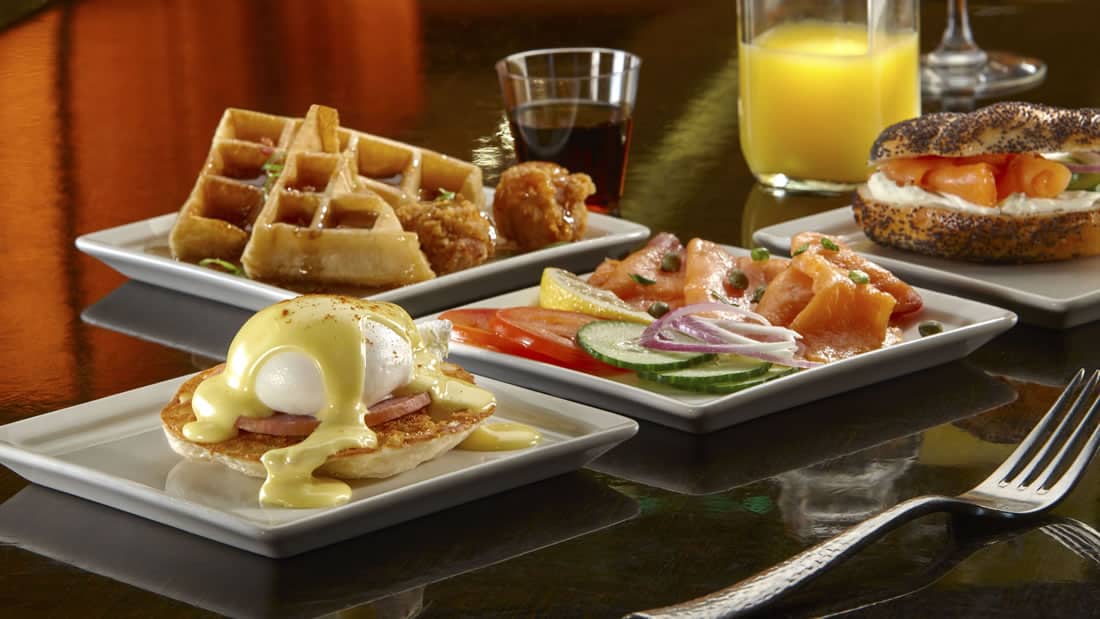 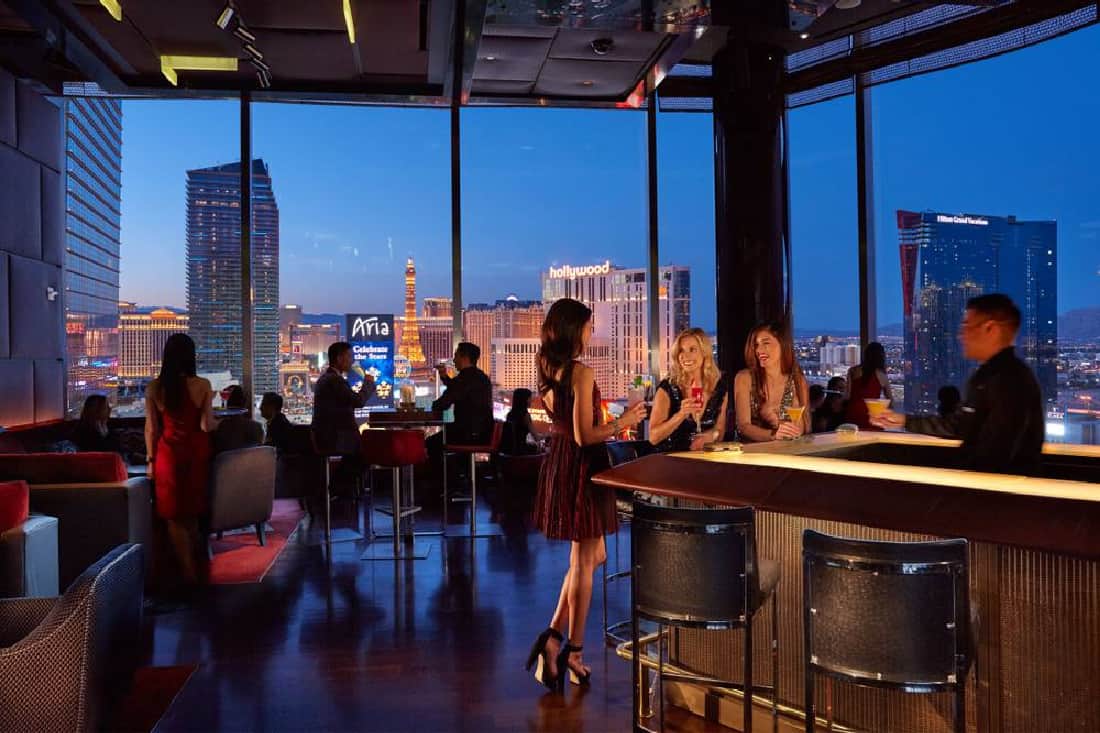 The Best Restaurants in Las Vegas with a View